Caring for our Bushland

When visiting your local bushland there are actions you can take to protect the health of these areas.

Here are some ways you can help:

Enjoy and tell others about us.

Dogs are welcome in Warwick Conservation Reserve on a lead. Please remove their droppings as they add substantial amounts of fertiliser to the bushland, which benefits only weeds. These nutrients also move in the groundwater we drink. Scratching’s made by dogs create disturbed areas that encourage weed growth. This is manageable along pathways where weeds can be sprayed but not within the bushland itself. Dogs may also disturb native wildlife if off lead, animals like bandicoots and quail are especially vulnerable.

Cats, like dogs, are hunters but are not usually walked on lead so cannot be supervised. For the safety of our wildlife it is best to keep your cat indoors at night as if they do hunt, they prefer to be nocturnal. 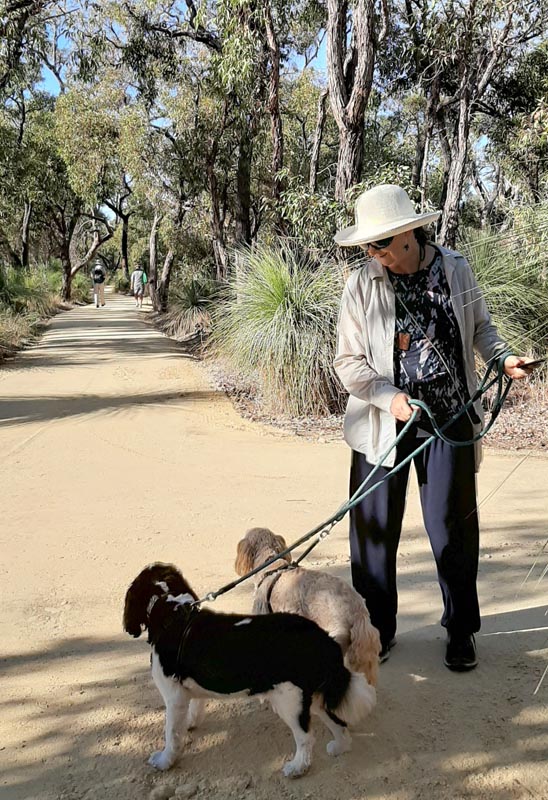 Weeds in the Bushland

Weeds invade and take over ecosystems and are not in balance with other flora and fauna. Many ornamental plants from gardens have become environmental weeds in our bushland due to dumping of garden waste or spread of seed by birds.  There are over 170 species of weeds recorded in Warwick Bushland, but some of these have been eradicated. These are listed below. Serious weeds such as Acacia trigonophylla, Rose Geranium, Geraldton Carnation Weed, Pigface, Watsonia, Veldt Grass, Freesias and Lachenalia are the focus of current management actions by the City of Joondalup, guided by weed maps and a strategic prioritization process by the Friends Group. This group has received grants for weed control in 2020 and contributes substantially by hand weeding and recording new outbreaks.

Friends of Warwick Bushland hold weeding sessions during the year. To become more informed and aware of weeds that impact the bushland become part of our bushland care activities.  Check out our FaceBook page, website or newsletter for the next session. 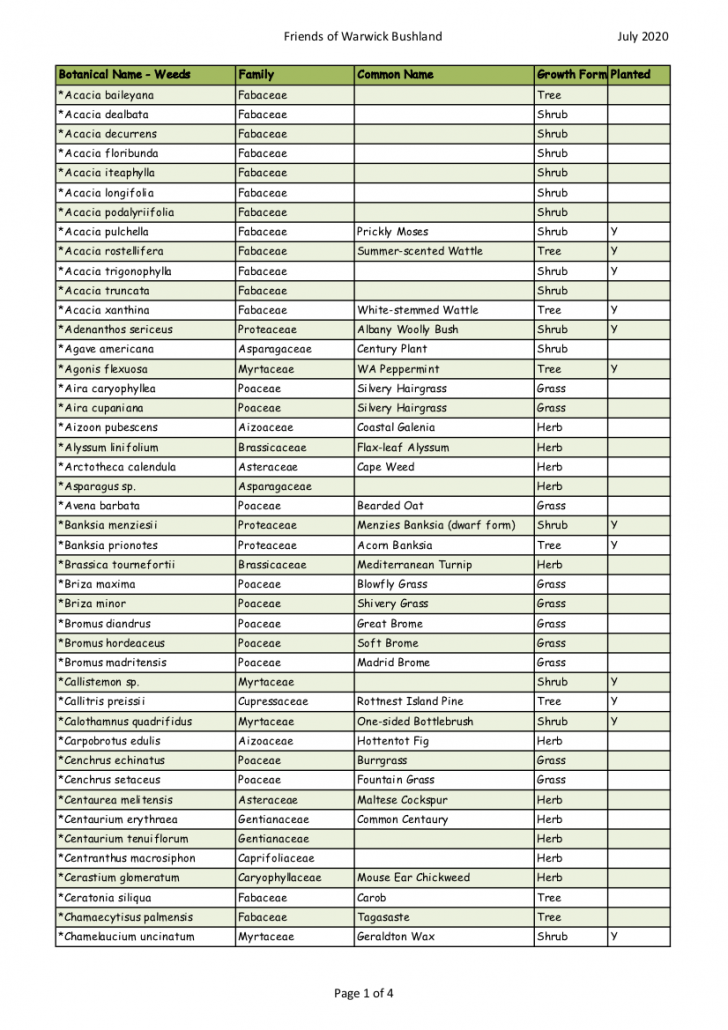 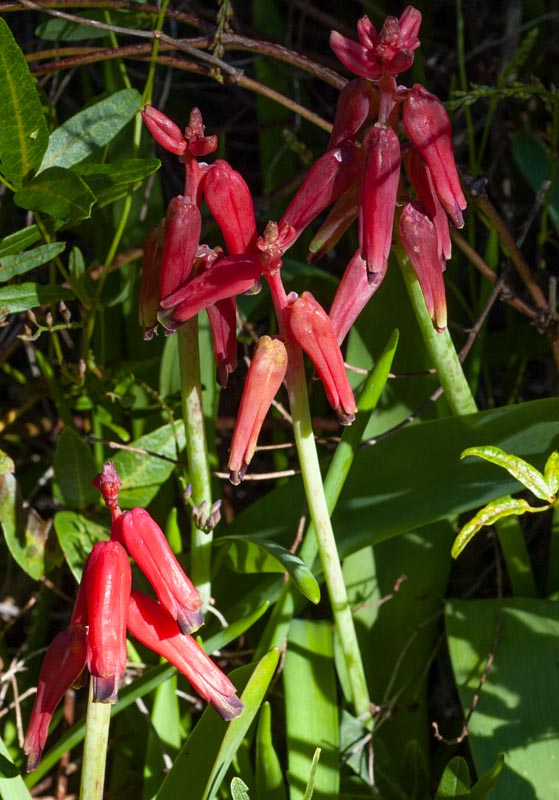 Warwick Open Space is classified as a Major Conservation Area and is ranked in the City of Joondalup’s top five natural areas due to the high biodiversity values of the area.

Management actions have been proposed for the next five years and include regular weed control, annual fire fuel load assessments, engaging consultants to undertake flora, weeds, fungi, fauna, bat and invertebrates’ surveys and implementation of the City’s Pathogen Management Plan. The management actions will be implemented in partnership with key stakeholders and community groups, where relevant.

For more information on how to protect our Natural Areas and Parklands download this brochure.

Climate change is an important emerging issue for local government. Climate change will affect a number of areas that local government is responsible for including infrastructure, health services, water management, emergency management and the natural environment. The City of Joondalup Climate Change Strategy 2014-2019 will provide guidance to the City’s climate change activities over the next five years. 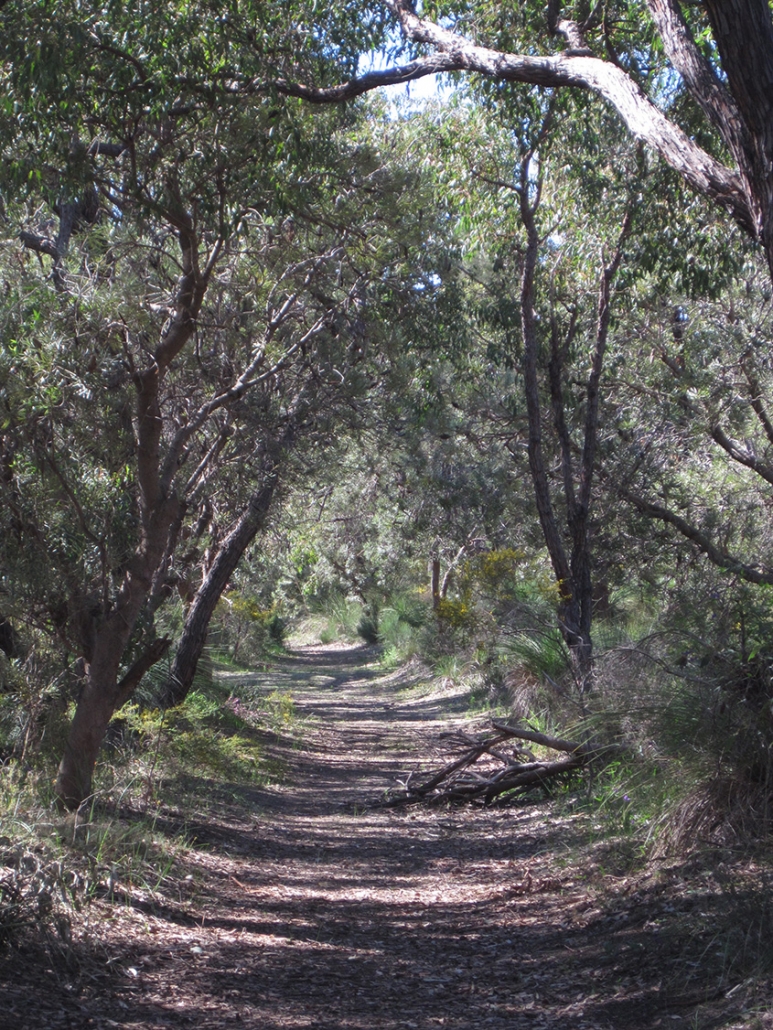 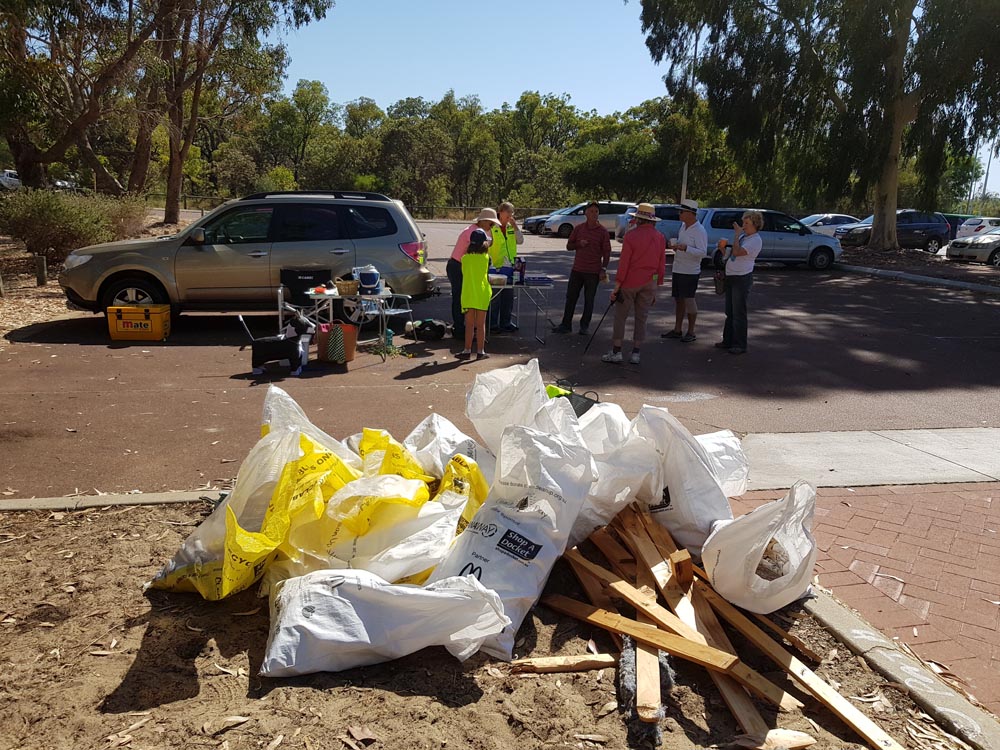 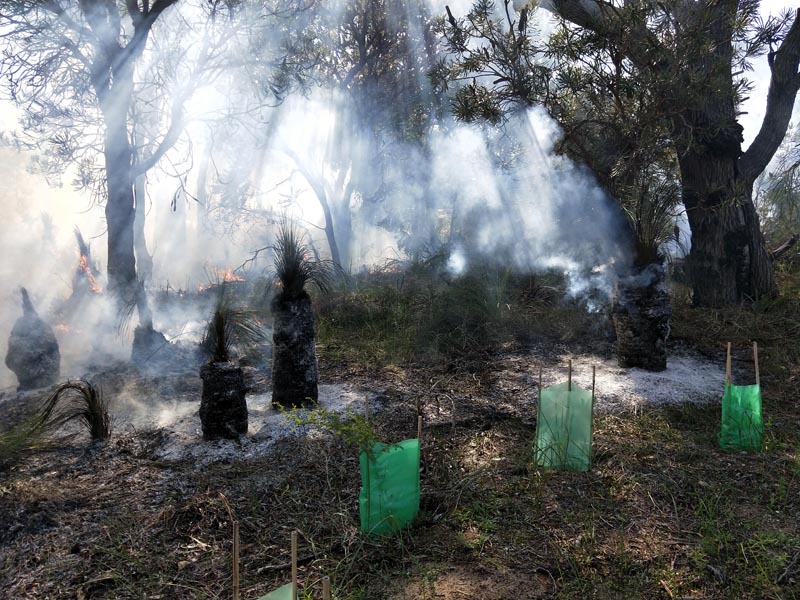 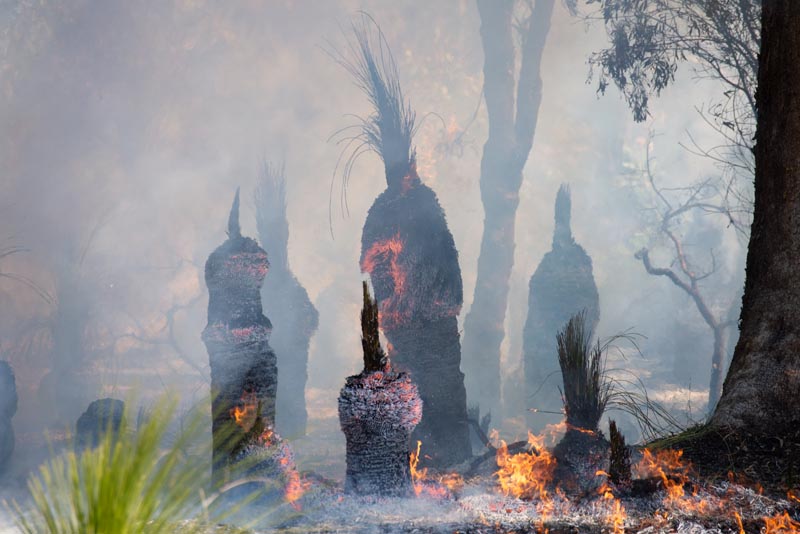