Insects, Spiders and others

Warwick Conservation Area is home to a diverse range of minibeasts, such as spiders, scorpions, beetles, bees, wasps, butterflies, moths, slaters, ants and flies – all of which play an important role in the ecosystem.

Insects recycle waste, disperse pollen and seeds and provide a source of food for other fauna of the bushland – shown in the Web of life. Insects can also be used as bioindicators to measure the health and quality of an ecosystem, especially in terms of climate change and pollution.

However, not all insects are good for natural bushland. The European honeybee (Apis mellifera) is an exotic species that was introduced to Australia over 190 years ago. Feral honeybee beehives are common in Warwick Bushland and fill many tree hollows, where they prevent birds form nesting. They also strongly compete with native bees and other pollinators for floral resources and have an adverse impact on native flora through ineffective pollination. For example much of the pollen produced by native sedges, which are wind pollinated, is stolen by honeybees.

The Graceful Sun-Moth is endemic to Western Australia and has been identified by the Department of Parks and Wildlife as a Priority 4 significant fauna species. This means that while the Graceful Sun Moth is not currently under any direct threat, the populations are considered rare and require ongoing monitoring.

The moth is often mistaken for a butterfly as it only flies during daylight hours, particularly in bright sunshine and during the hottest part of the day. Like a butterfly the Graceful Sun Moth has slender, clubbed antennae and its hind wings are brightly coloured.

The upper surfaces of the forewings are dark grey and brown to provide camouflage when the moth is resting on vegetation. However, when in flight, there is a flash of colour from the hind wings which are a vivid bright orange with some dark grey markings.

The life cycle of the Graceful Sun Moth takes one to three years to complete. The adult moths have a short life span only living for 2 to 10 days from late February to early April. The adult moths have a short active flying period within which to find a mate. The males have territories over patches of sand where they fly close to the ground at the hottest part of the day trying to attract a female.

Currently the Graceful Sun Moth is only known to occur in Banksia woodlands on the Swan Coastal Plain or open heath lands close to the coast. In both vegetation types, their host plants, the mat rushes Lomandra maritima and Lomandra hermaphrodita, must be present to allow thier larvae to feed. 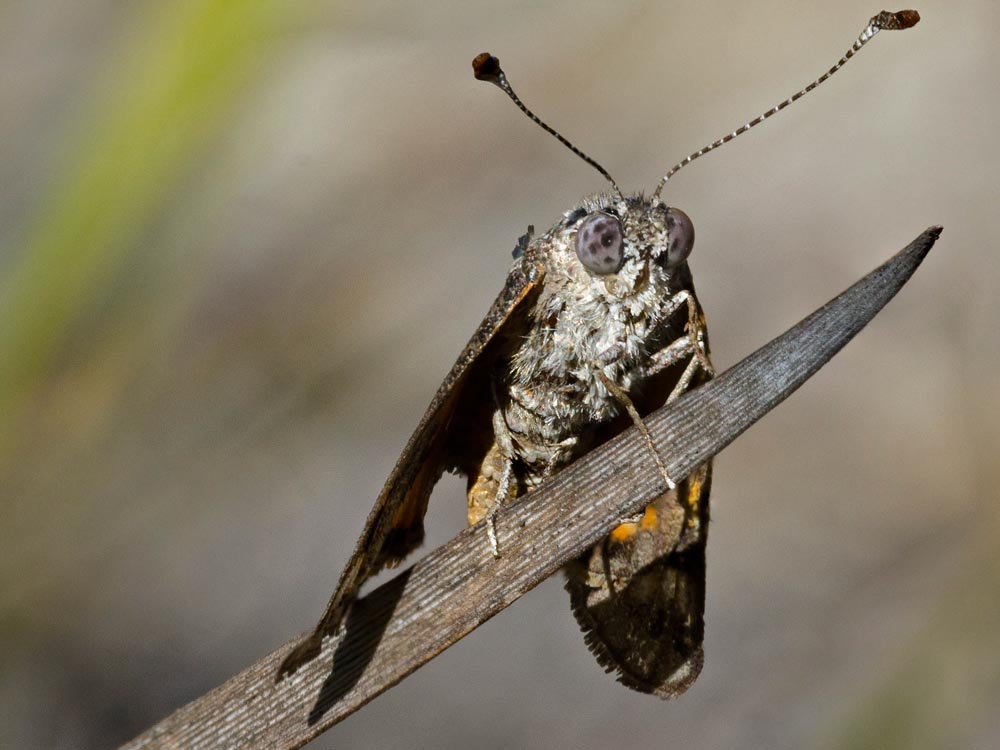 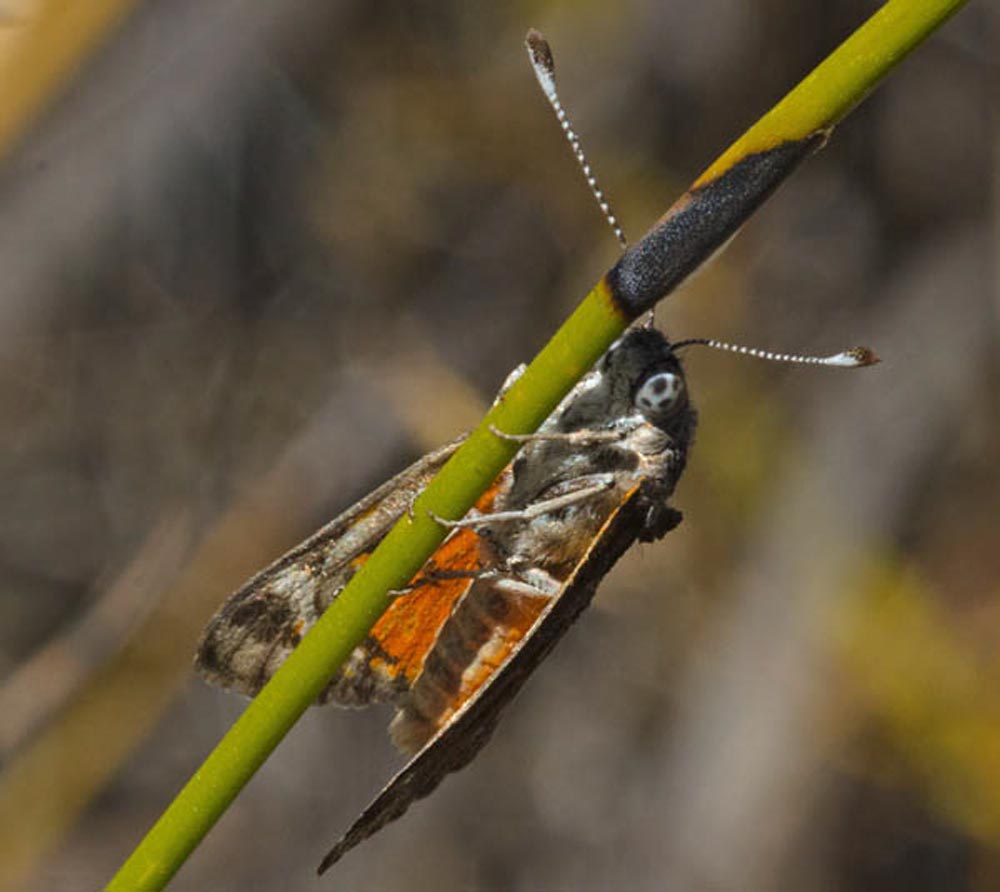 This orchid is aptly named as the two petals that stick up like ears. Stems produce one to four flowers from March to June. This orchid is often found growing in large colonies but the flowers are small and dull coloured, so are hard to see. The bull ant is the only insect that pollinates Hare Orchids, which flower at the same time as male bull ants are flying around looking for a partner. The orchid flower produces the same sex lure (pheromone) that attracts males to female ants. Consequently, male ants compete vigorously for both females and Hare Orchid flowers, as shown in the photo. 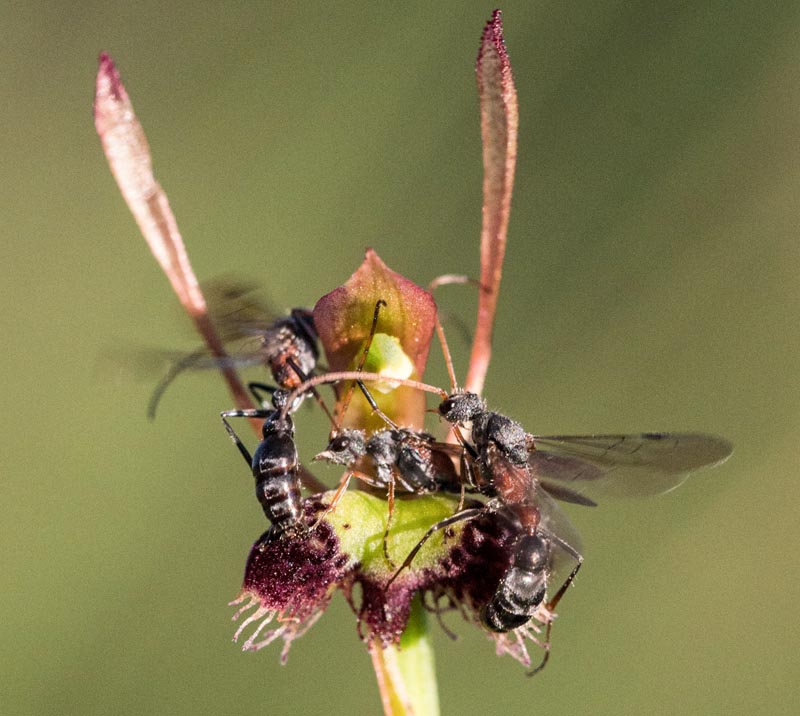