Hundreds of fungi species have been observed in Warwick Conservation Reserve and are best seen in late autumn through to winter. Fungi are indicators of the health of natural ecosystems, due to their essential roles as decomposers, mycorrhizal symbionts, or parasites.

Some fungi observed in the bushland include amanitas, boletes, puffballs, bracket fungi, earthstars, truffles (not the edible gourmet one!) and crust fungi. Little is known about which Australian fungi are edible and law on public land protects all native fungi. While they are technically not fungi, slime molds are normally included in lists of fungi and also recycle organic matter.

The Friends of Warwick Bushland have conducted fungi surveys every since 2000 following a wonderful Fungimap workshop run by WA Fungimap Coordinator Katie Syme. Over 120 different species have been recorded so far, many are unnamed, and some are new to science. These are listed in the downloadable table below. Records of fungi in Warwick Bushland are currently being uploaded to the Atlas of Living Australia using the iNaturalist app.

Bougher NL. 2012. Fungi of the Perth Region and Beyond. A Self Managed Field Book. The West Australian Naturalists’ Club (Inc.), Perth. 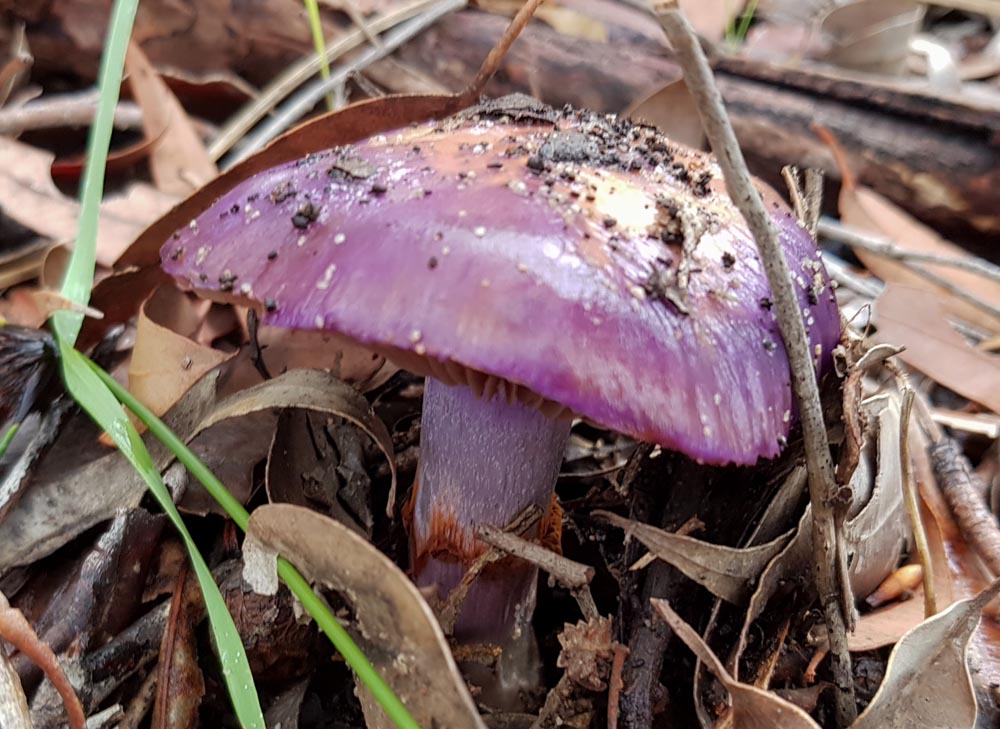 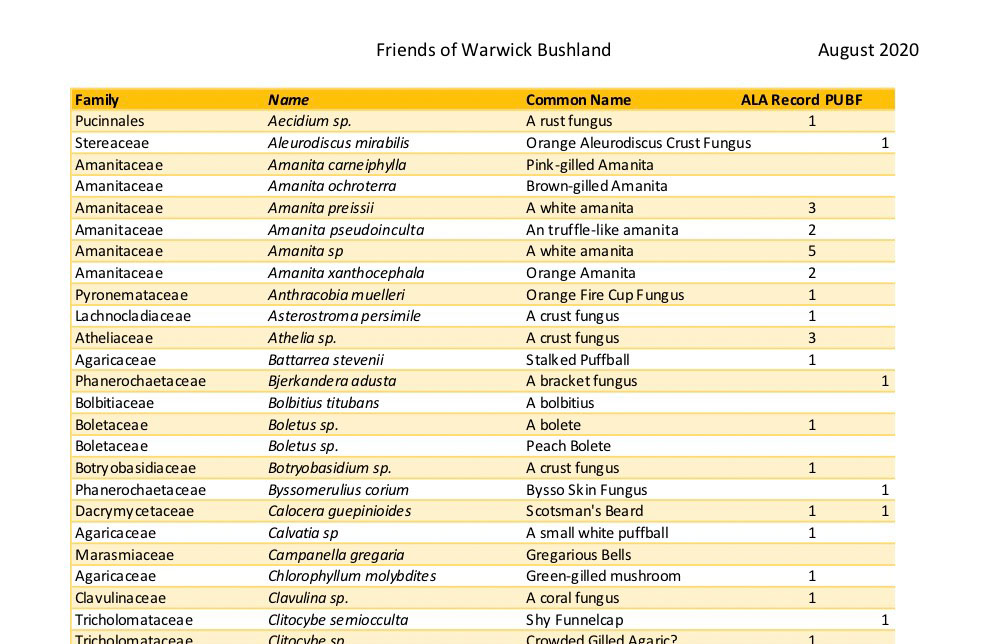 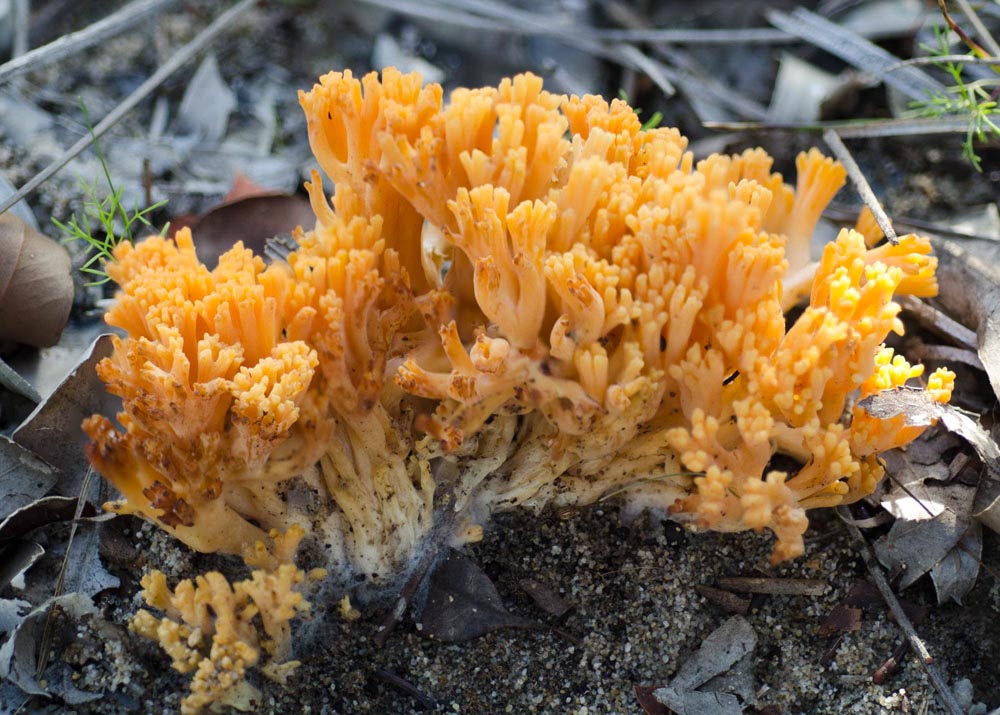 The Ghost Fungus starts to fruit after the first autumn rains. It is a common wood-rotting fungus of Perth and other parts of Australia. Look for it on living tree trunks or dead logs. It is a big fungus forming groups up to 50 cm across. It is known as a gilled-bracket fungus because it grows shelf-like out of trees and wood but also has gills like many soil-borne fungi.  It is not edible.

This fungus is one of very few fungi worldwide that are bioluminescent. To best see the ghost fungus glow in the dark you need to first spot them by day and return on a dark night with very little light pollution and wait for your eyes to adapt. The image of bioluminescence below required a 30 second exposure in total darkness. 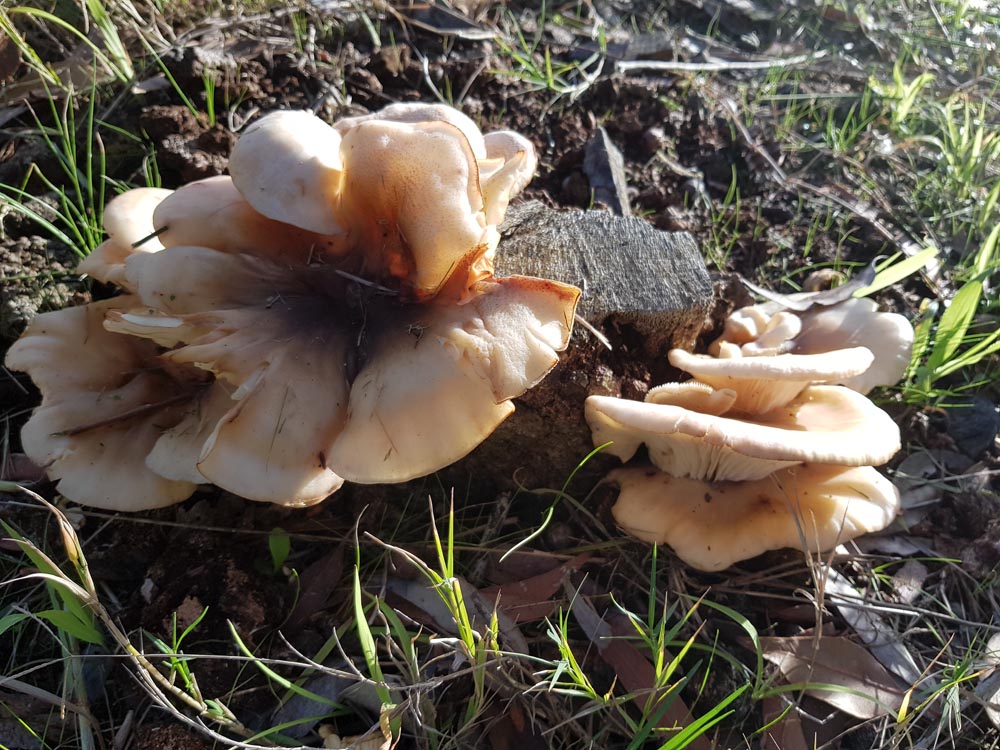 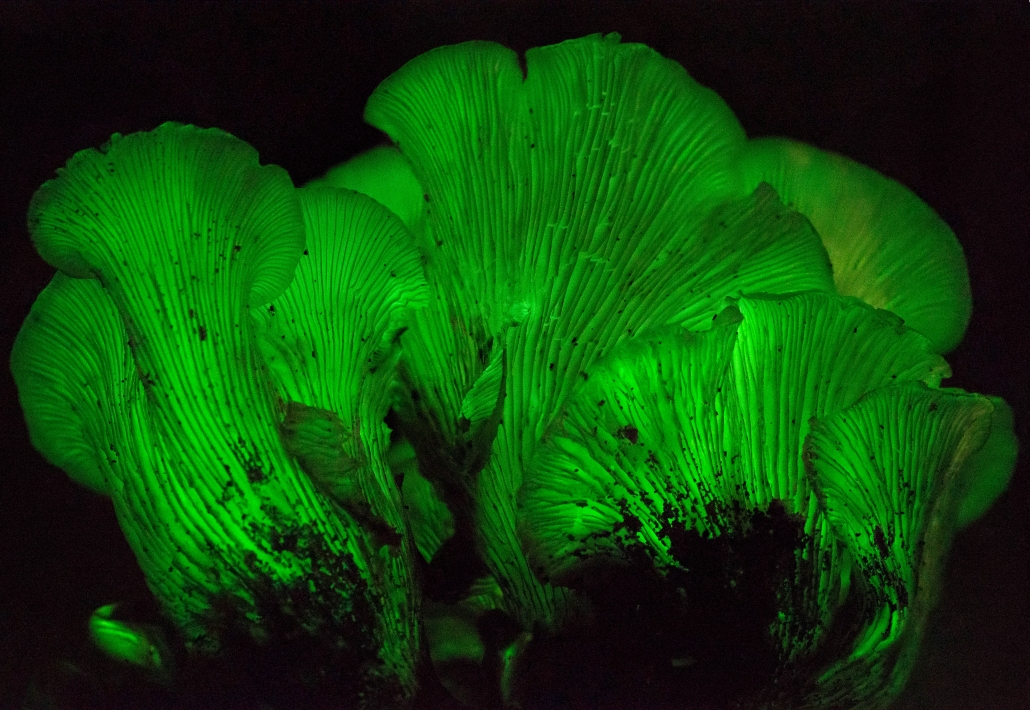