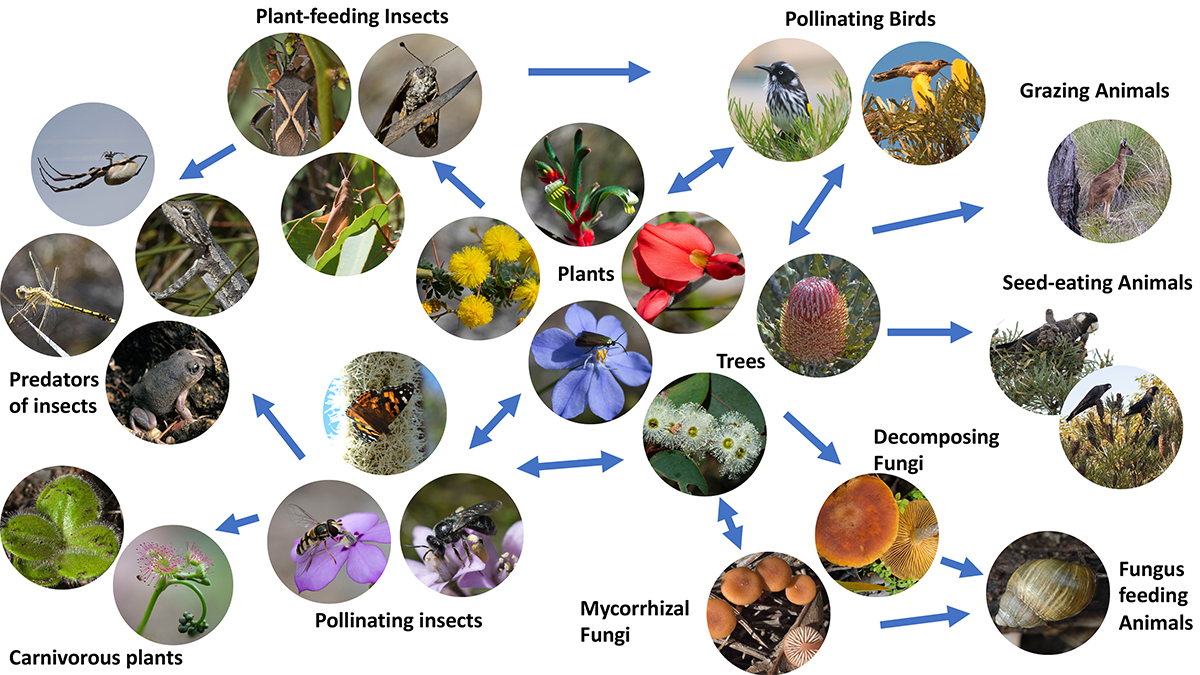 Warwick Conservation Reserve covers an area of approximately 60 hectares and is one of the City of Joondalup’s top five Major Conservation Areas due to its high biodiversity values. It is also designated a Bush Forever Site (No. 202) in the Government of Western Australian’s conservation plan Bush Forever, published in 2000.

The Jarrah-Banksia Woodlands throughout Warwick Conservation Reserve are part of the Threatened Ecological Community “Banksia Woodlands of the Swan Coastal Plain” that is protected by the Commonwealth government. They are also an important part of the international effort to protect the most diverse and threatened places on the planet. Southwest Western Australia is one of only a handful of places in the world where there are large numbers of endemic species, those found nowhere else, and where these species are heavily threatened by habitat loss and other human activities.

Warwick Conservation Reserve is situated within the Spearwood Dune system. The Spearwood Dunes are believed to have formed around 40,000 years ago and comprise of red/brown, yellow and pale yellow/grey sands. The soils in Warwick Conservation Reserve are pale yellow/grey and occur on the eastern side of the Spearwood Dunes in the Karrakatta – Central and South Vegetation Complex. It is characterised as containing regionally significant vegetation, consisting predominantly of Candle Banksia (Banksia attenuata) and Jarrah (Eucalyptus marginata) open woodland, with Firewood Banksia (Banksia menziesii) and the occasional occurrence of Sheoak (Allocasuarina fraseriana), Tuart (Eucalytpus gomphocephala) and Marri (Corymbia calophylla) trees.

The State Government has established targets under Bush Forever which aim to protect at least 10% of each vegetation complex in the Perth Metropolitan Region, to achieve a comprehensive representation of all the ecological communities originally occurring in the region. All this bushland is also listed as a Threatened Ecological Community protected by the Australian Commonwealth government. In addition, a number of individual plants, animals and fungi in Warwick Bushland are of special conservation value due to their declining populations.

Due to the limited extent of the Karrakatta – Central and South Vegetation Complex within the Perth Metropolitan Region, it is important to retain bushland within Warwick Conservation Reserve for its conservation value. Most of the native vegetation on site is in very good or excellent condition.

This bushland is also part of the internationally significant Southwest Australian Floristic Region, one of only 36 biodiversity hotspots in the world. These areas are Earth’s most biologically rich, yet threatened, regions on land. Biodiversity Hotspots are where success in conserving species can have an enormous impact in securing our global biodiversity and our own survival in the future. These hotspots contain just 2.3% of Earth’s land surface, but support more than half of the world’s plant species as endemics and nearly 43% of bird, mammal, reptile, and amphibian species as endemics.